Back To Space Abyss

View A Video Version Of This Tutorial

Building bigger and better ships is a large part of Space Abyss. The game slowly introduces players to the full sandbox experience of spaceships by the third spaceship tier.

You start with a pod, and your pod is a safe place. It doesn't require engines, energy - nothing. It's a very streamlined experience for new players.

Upgrading From Your Pod

Before long, you will want more space. In a Manufacturer, you can build a Shipyard. Once you have built a Shipyard, you can drop it in the Galaxy. Shipyards can't be placed on planets, or on ships. Only on empty tiles in the galaxy. 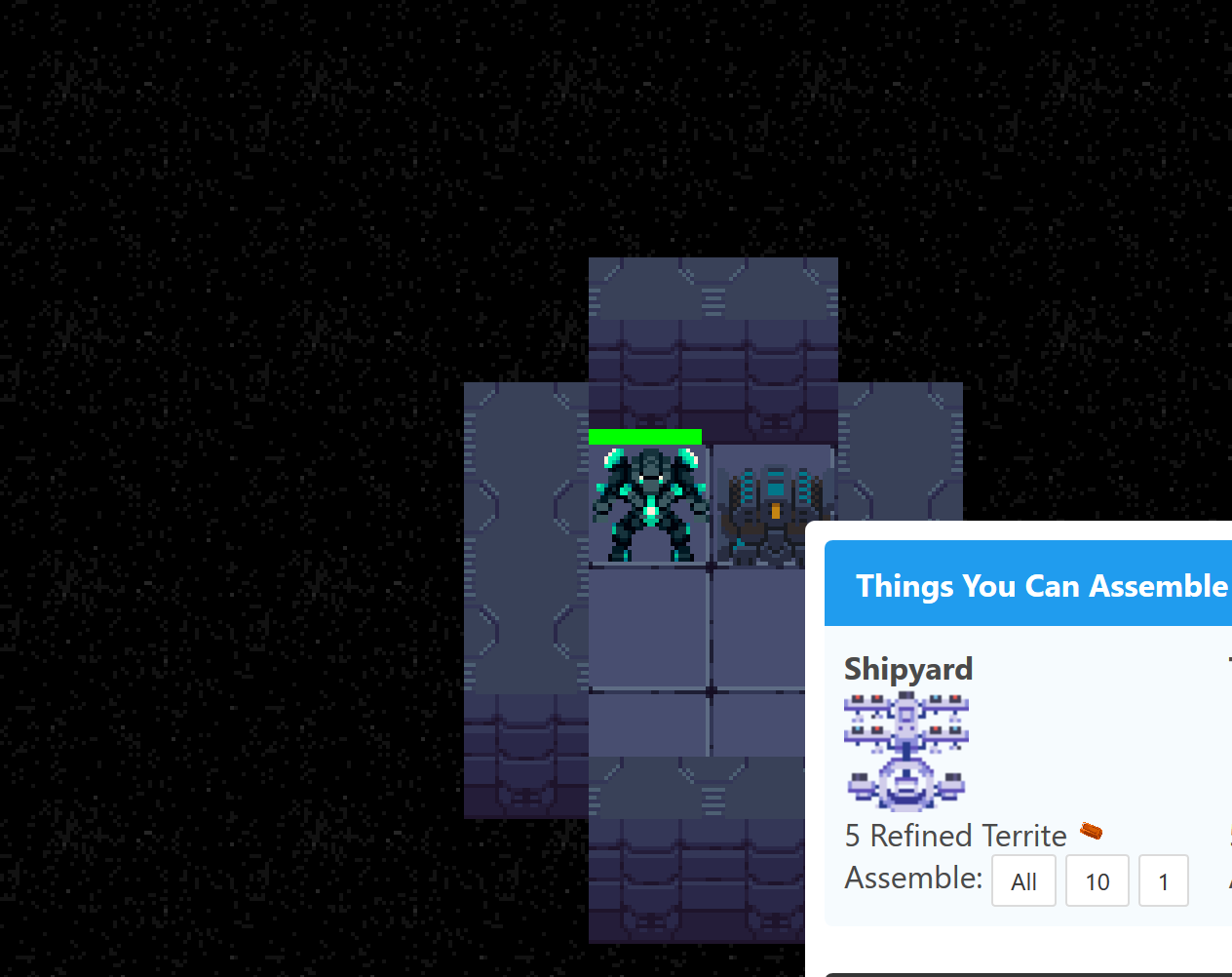 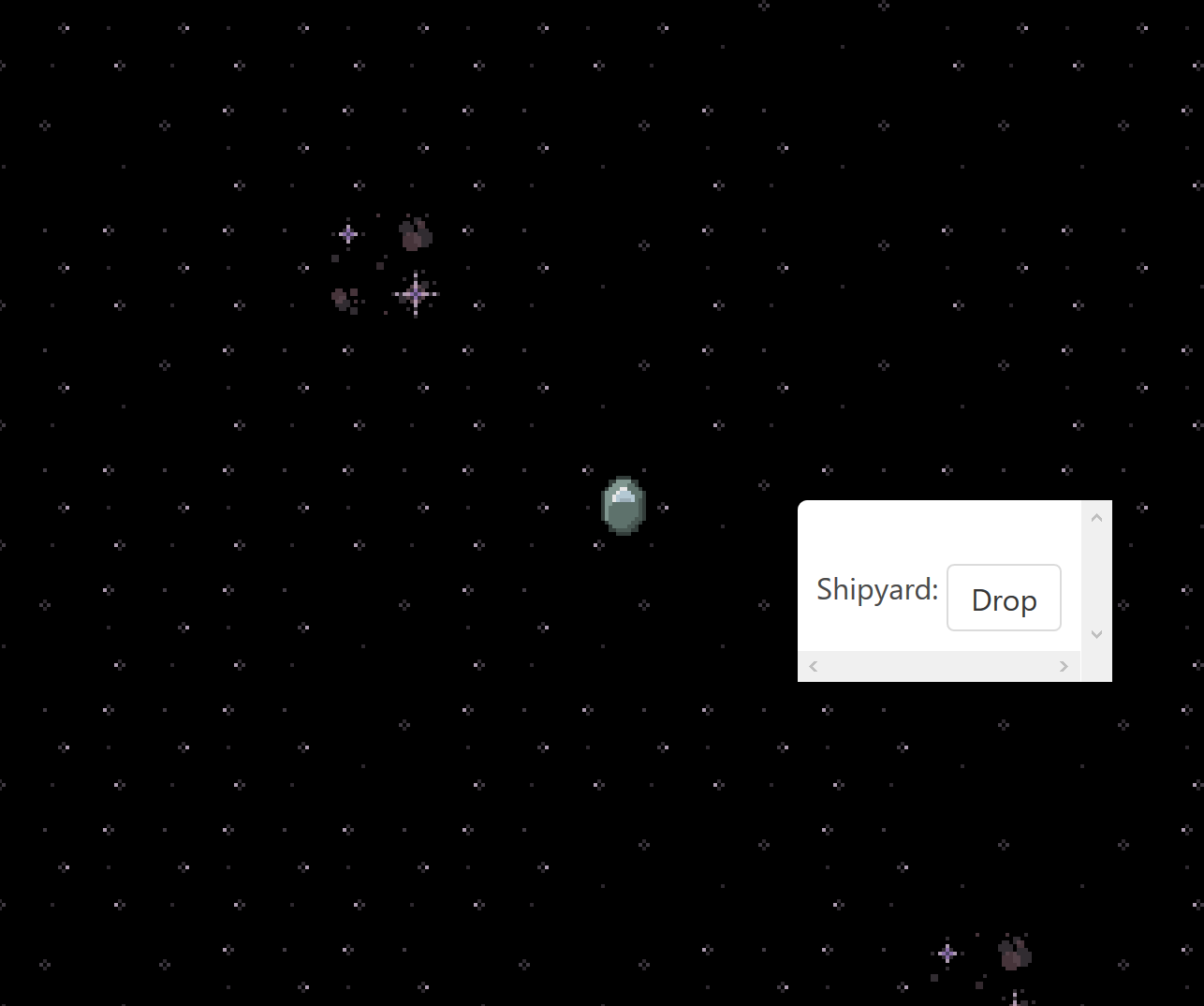 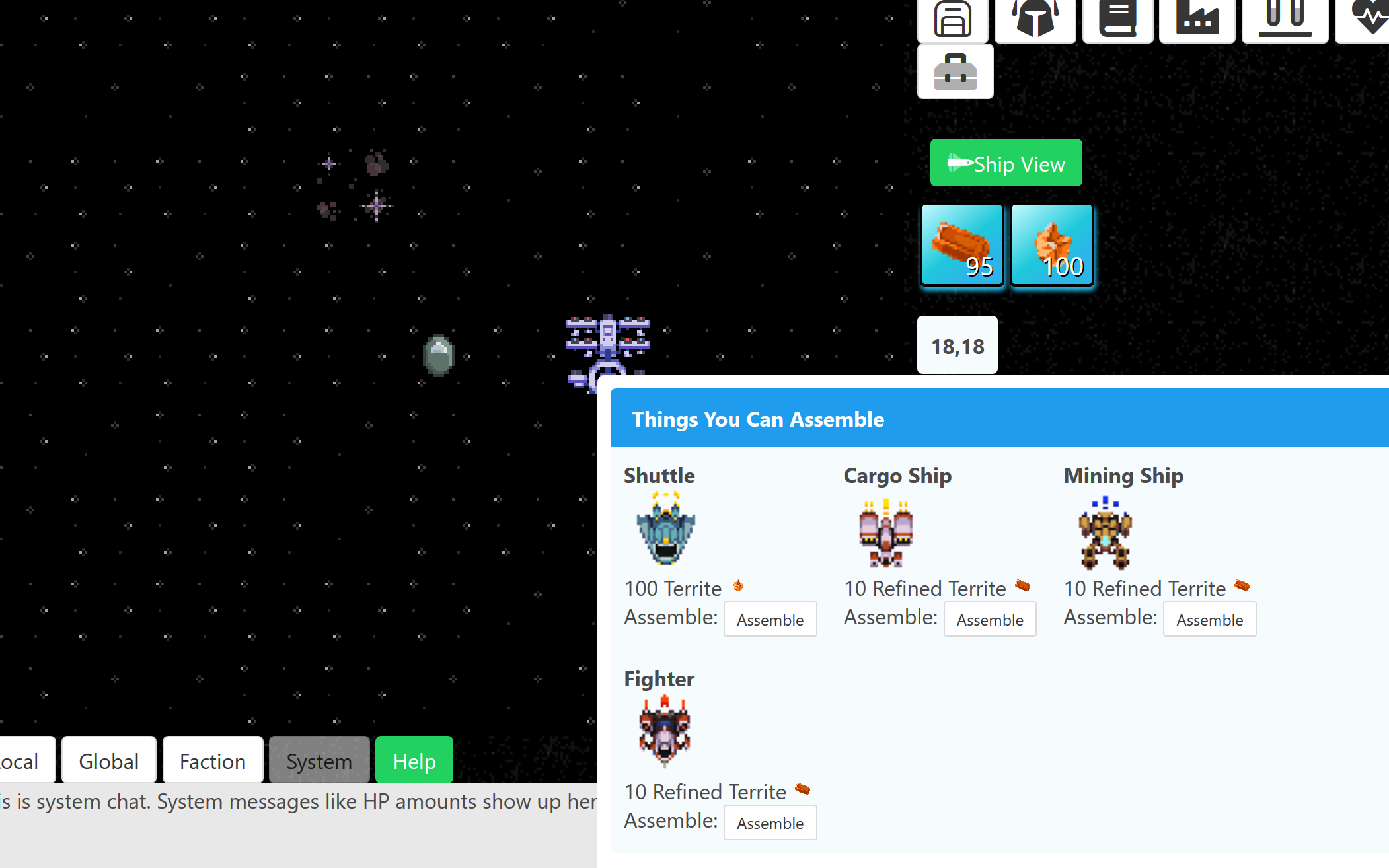 Each shipyard is single use - meaning whatever ship you are building in it will replace the shipyard when it is done.

Tier 2: The Intro To Engines

The Shuttle, Mining Ship, Cargo Ship, and Fighter are considered Tier 2 ships. They will generate with Ion Drive(s) - which are an efficient cheap type of engine, as well as a shield, an energy storage object you can fill with energy (batteries work!) and an airlock. 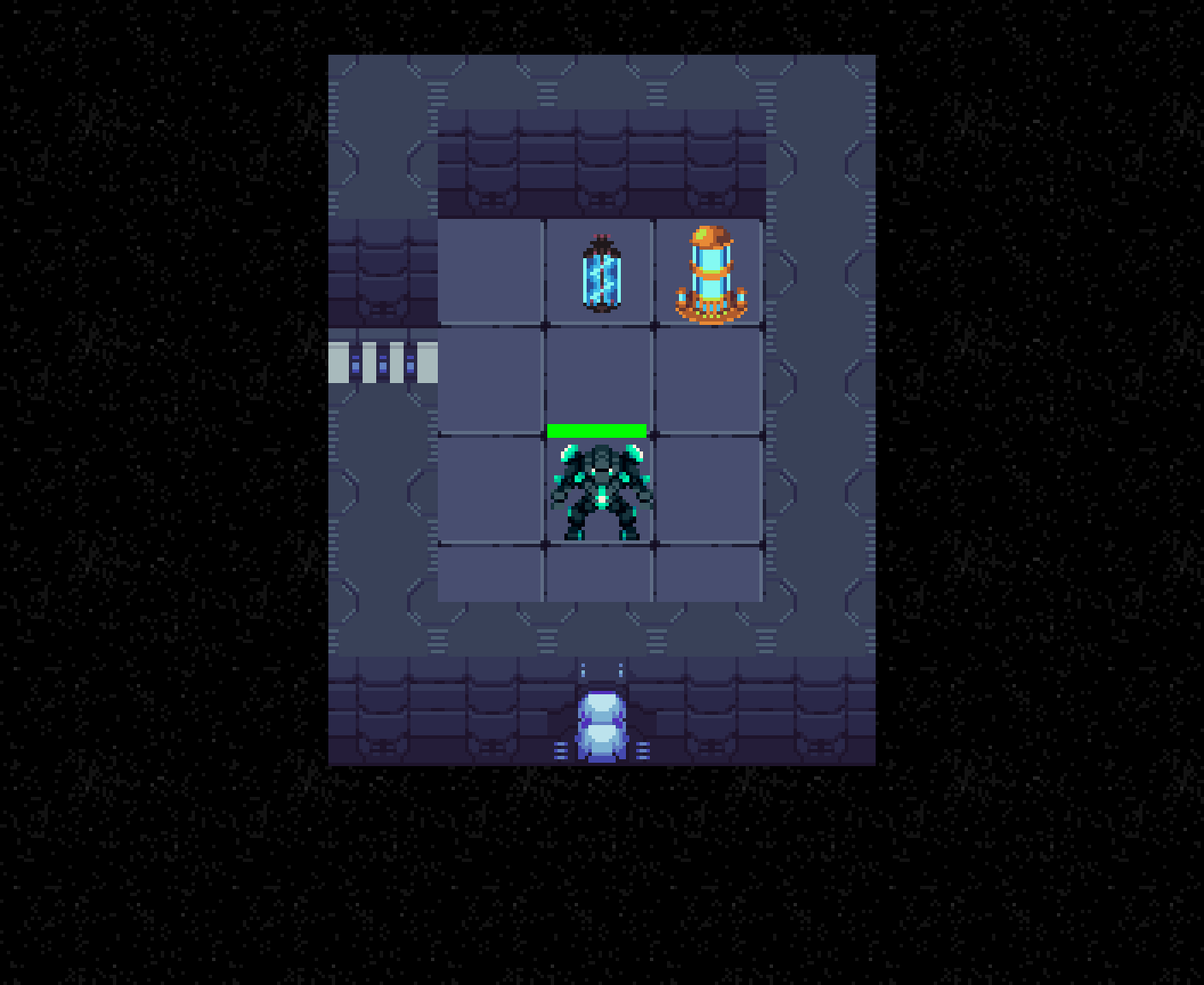 You only have to land on a planet, and your Ion Drives will be refueled.
All other types of drives will need you to manage the energy
The spots on the ship where drives are present are Engine Hardpoints. These are specific ship tiles where an engine can be placed.

The Intro To Ship Weapons

Some of the tier 2 ships also come with a Weapon Hardpoint. The fighter is a good example. I've highlighted the Fighter's two Weapon Hardpoints in the image below. This is what an empty hardpoint looks like. Currently, empty Engine Hardpoints look identical. 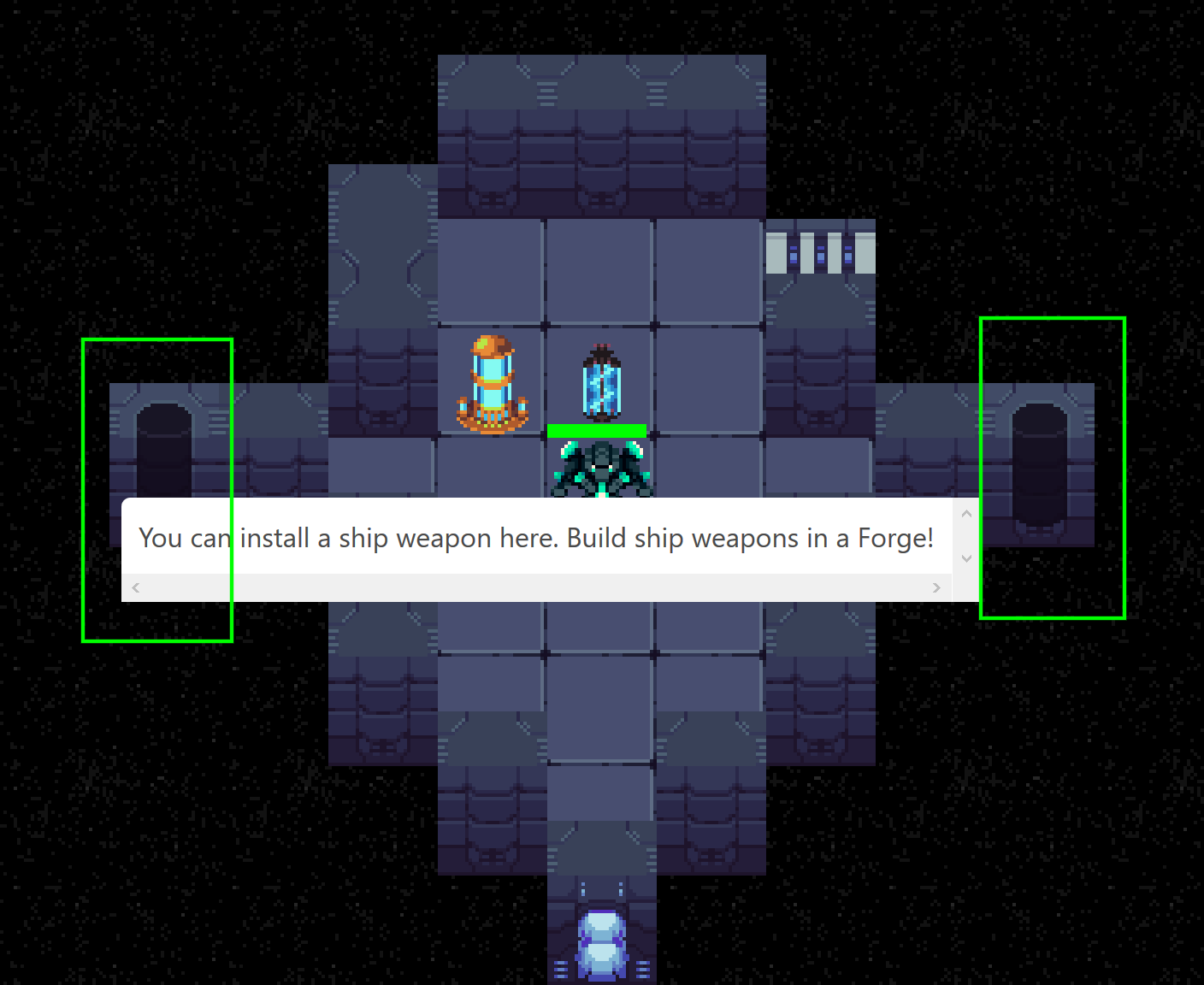 Ships will always spawn with engines, but the type of engine will increase in complexity.

Space Stations, And Other Large Ships

If you are the owner of the Dockable Ship, you can switch to it, and move it around the galaxy. These ships can be VERY slow.

Warning: Dockable Ships NEVER leave the galaxy, even if you logout So they will always be vulnerable to attack. You can build an AI on your ship to protect it from others claiming it, and so it can defend itself while you are offline.

Next up: Body Switching!